HCI College continues to monitor the situation with the COVID-19 pandemic. Learn more 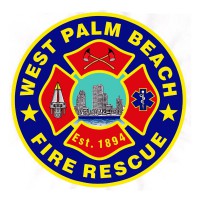 In 1894, a small village had grown and the state of Florida granted a petition to form the city of West Palm Beach. By the time incorporation came about in November, fires had already become common. That is when the Fire Department was organized.
The Flagler Alerts were the first firefighters in South Florida. The volunteers received their moniker in honor of Henry Flagler, the man who had donated the very first firefighting equipment. Those donations included a hand pulled hose reel and a hand drawn and operated pump to supply water to fight fires.